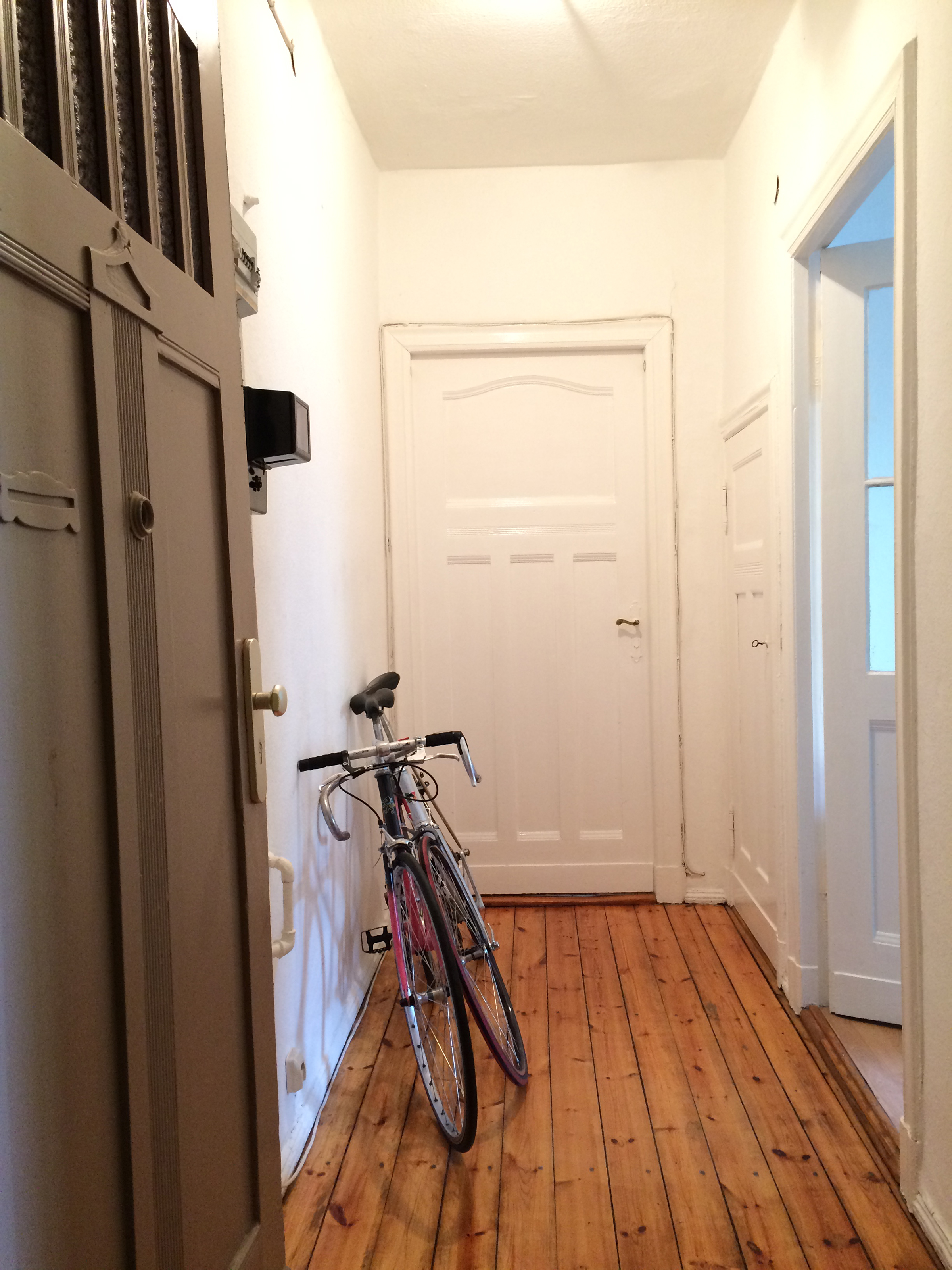 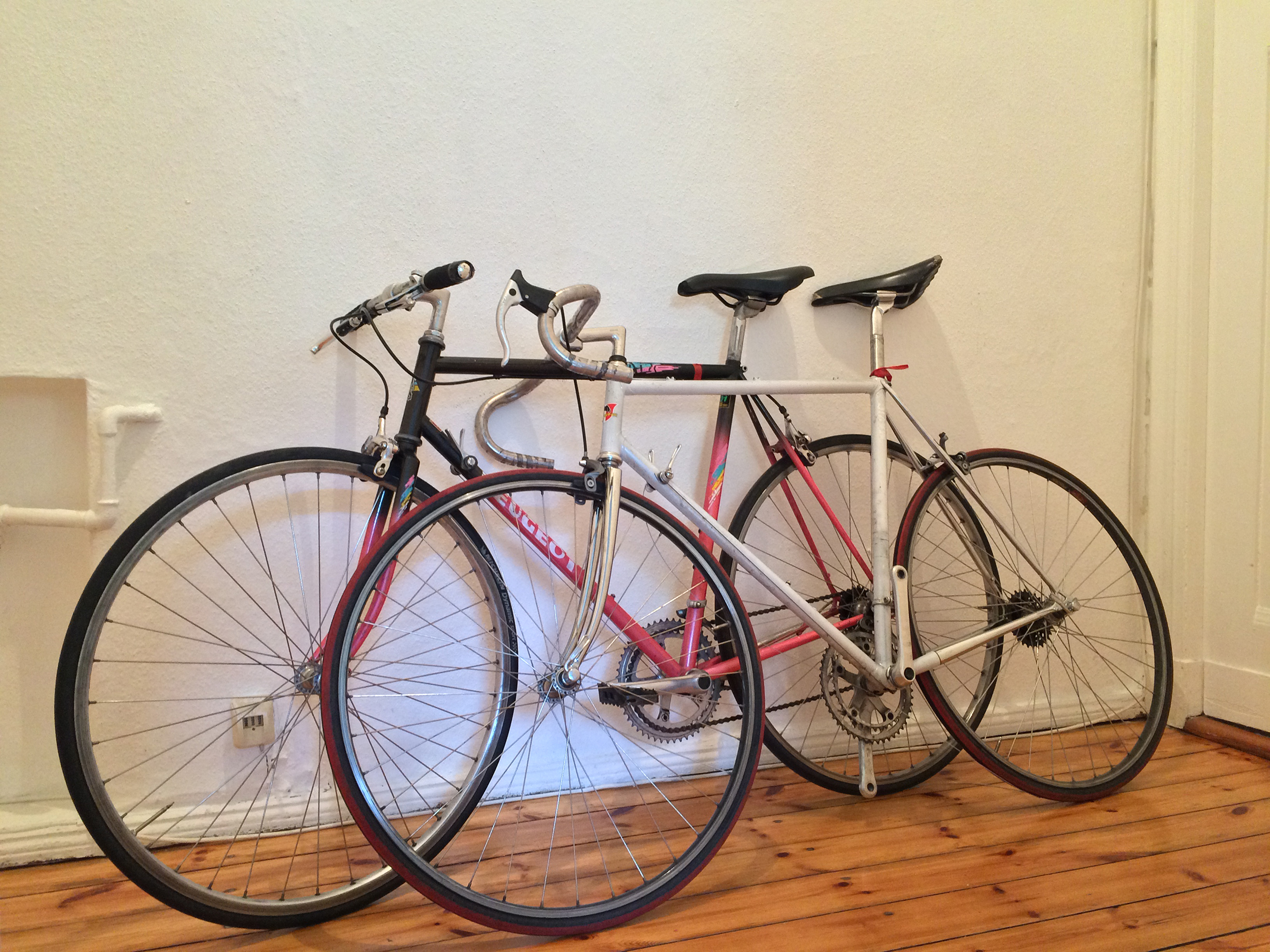 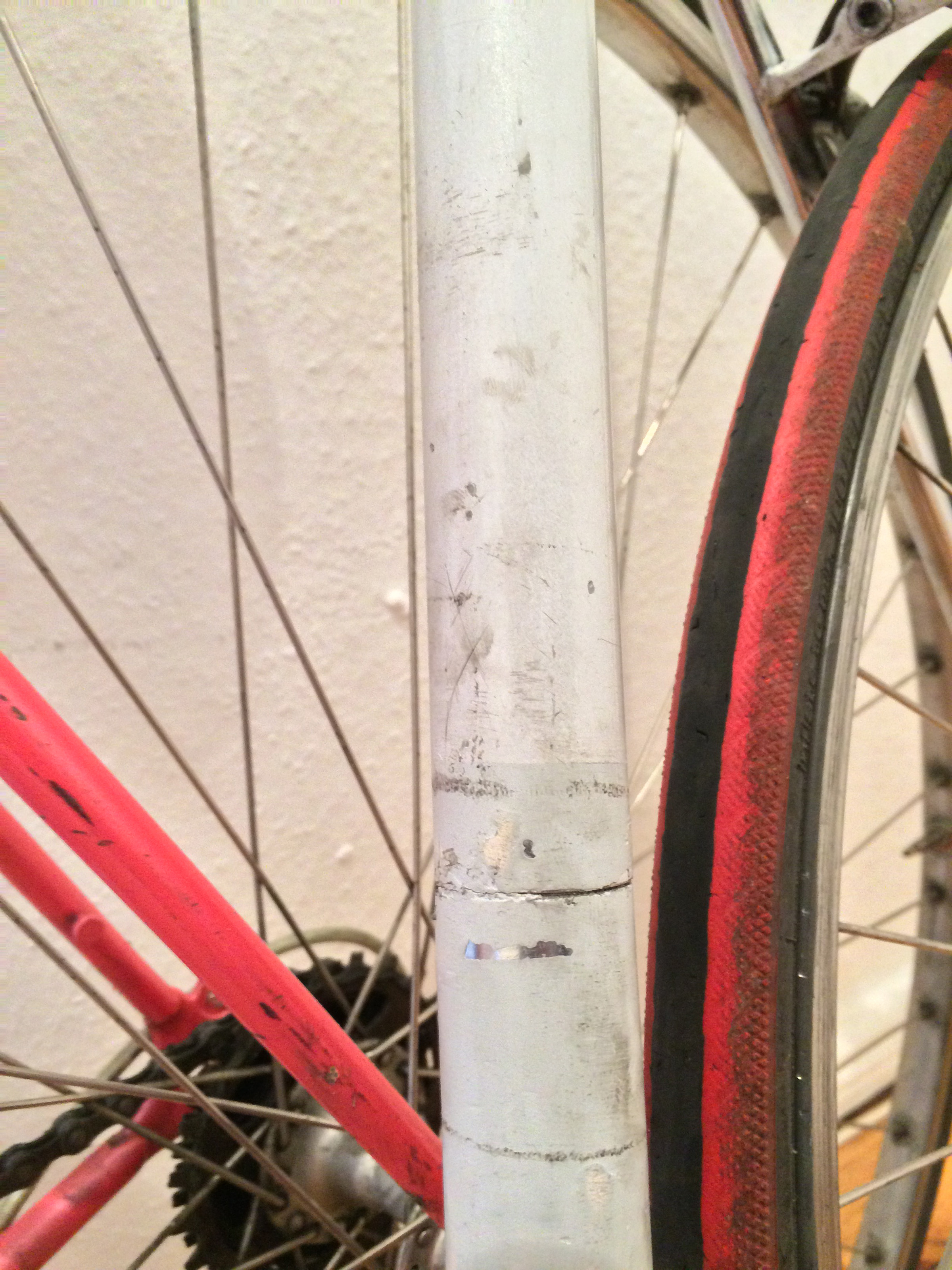 
It all started when a friend of mine was working at a company that bought a large bike whole-seller. They had a sale of what was left in stock, and I bought lots of parts super cheap. I sold most of it on Ebay, and usually made three or four times what I had payed. I often placed ads for 10 or 15 items a week, always ending on a sunday night. The prices often skyrocketed during the last minute or so, sometimes doubling during the last 30 seconds. Of course I had to do a little bit of research, and after all the parts were gone, I still knew which parts had high demand, what manufacturer, what frames, cranks, brakes and so on...

At that time I also had a race bike. A beautiful Italian frame, with all Campagnolo parts. I began working with a Bosnian guy, who made household liquidations and occasionally got race bikes. I bought all of them, usually for around 40 or 50 Euro, and then sold them for around 200. After a while he brought less and less, also because in Bosnia, Serbia or Kosovo these bicycles are quite rare and he got much more there then I paid him. I stole the first bike in front of Humboldt University, it had been locked with a u-lock against a pole, but the clamp of the lock wasn't tight enough for the head of the pole. I lifted it up and rode away. In the beginning I was very nervous and could only take bikes that were either simply not locked or had a cheap lock that could be opened with pliers and a hand saw. Afterwards I would repaint the frames and place an ad on ebay.kleinanzeigen. But people didn't really like repainted frames, they asked why it had been repainted, and they generally preferred to have the original designs. So I started to dissect the bicycles and to rearrange the parts, so that it would seem like a different bike. That was a lot of work, and a mess. Two or three such dissected frames, the wheels, all the parts, everything dirty and smeary laying around the floor of my tiny apartment. At that point I started to ask myself why I was doing this. Sure, it was paid a little bit better then my writing, but it was just as stressful and you had to get your hands dirty. I kept wondering why I did it: go out at night, look for a bike, casually pass by it, return a little later, start working on the lock, hide behind a parking car, struggle with it some more, and finally ride home upon my prey.

At this point I had long sold my own bicycle and only kept a crappy old pair, ones which I could leave everywhere without worrying about them. I had lost interest, but kept stealing, even though the financial revenue became less and less clear.

At first, I didn't really think about it. But once the bicycles required more and more work, it dawned on me. I started not cut the locks, that were super solid and resilient towards my tools, but the tubing, that was relatively thin and easy to cut. Later I had to repair the frames, find a slightly thinner tube, glue it in, spackle the repaired spot and finally repaint. Additionally I had to change all the conspicuous parts which rendered the bike easily recognizable. This all accumulated to so much work, it made no sense in respect to what I sold them for. First, all the work on the bicycle, and then the selling part. Placing an ad, waiting for responses. Never posting your phone number, only email. Having a fake email and a fake phone that you only use for this. Checking the queries for suspicious terminology, Can you send more images? Why do you sell it? Where did you get it? When I finally met them, I had to be ready to give them a discount. I didn't want to keep up the ad any longer, didn't want to meet more people. Sell it, leave the scene, turn of the phone. Sometimes it took only minutes before they started writing or calling, they had taken of a sticker I had used to cover up a cut in the frame or spotted a defunct gear shifter. Some simply want to give it back as if they had bought something in a shop. All in all it was stressful, but I didn't feel bad about it. I realized I stole these bikes for other reasons then money. I frequently felt at odds with my actions and what I hated most was when I realized I had done things people like I would do, people of my kind, with a similar background, the same class. When I knew I could be read like an open book. I´m sure there were many incidents, but racebikes became the perfect model for it. They became emblematic of everything I was embarrassed about.

I couldn't forgive myself that I had once been enthusiastic about them. That I knew the different lines the different companies had, which ones were the high-end lines and what the difference between a Columbus SL and SLX tubing was. To me they were the temptation I couldn't resist, and it was so easy to tell. They were the default trap for people like me. I knew they were only one part in an image of pathetic ideas, but they were the part I had fallen for. And there was something additional: Once I had started stealing, a certain pattern of behavior had entered my life. When I was in the city, I would constantly check for bikes. Scan each one that was a potential target for the way it was secured, and then gauge whether it made sense to come back. This program was always running, constantly part of me while in public space, difficult to blanket. I had conditioned myself to this, a self-trained Pavlov`s Dog. Stealing these bicycles was my revenge. The people I sold the bikes to were the same I stole them from; students, young academics, start-up employees, with MacBooks and COS pullovers. They had Kryptonite locks for their bicycles and carried them back in their belt like a gun. I loved cutting the thin, triple-butted tubing, leaving the indestructible Kryptonite senselessly hanging from the fence.

I also continued to buy bikes or parts every now and then, if there was an occassion that came in handy; once, as I had a lot a spare parts, I bought a frame hipsters would love. A pink/white Italian frame, lots of chrome and tacky 90ies design. I put an ad on ebay.kleinanzeigen and a guy from Bratislava bought it. He transferred the money, but in the meantime I had already sold it to someone in Berlin. I could have simply left it there and not ship this guy anything, probably he couldn't have done much. The parcel got lost, sorry. But I was worried that he could ask the bank to transfer the money back or anything, if it was only a week or two later. I wanted to ship something that would never arrive. I got an empty iPad Air box, put some scrap metal in and shrink-wrapped it again with a fan. Then I put an address sticker directly on the shrunk foil and shipped it to an address I had made up in Košice, Slovakia. I was almost sure it wouldn't return. Of course the guy in Bratislava got nervous as the bike didn't arrive, wrote emails, wanted tracking numbers. I told him they had lost the parcel, but only after 30 days it would officially be declared lost. I thought the parcel was ensured with 500 Euros, but when I called after 30 days, they requested more time to ask back „their Slovakian partner“. A week later they agreed that it presumably was lost, but then they sent a form and requested a copy of the invoice. I had to go to Mediamarkt and actually buy an iPad, and then photoshop a different date on the invoice. That made me really nervous, as there were all these details on the invoice, phone numbers, etc... what if they called Mediamarkt? I was not only afraid they wouldn't give me the money, but also of a report to the police.

In the meantime, the guy in Slovakia became more and more impatient, and also less friendly. At first, I thought I would transfer his money back after I had been refunded by the shipping company, but then I thought I should deduct something for all the phone-calls that I made in order to speed up the proceedings in their bureaucracy. In the end I decided I wouldn't give him anything. Juraj K., graduate from Slovak Technical University in Bratislava, engineer at this young, ambitious company. He had bragged about his 20 bikes he had bought from all over Europe, “something like this had never happened”, he was embarrassing, with his short hair and the full beard.


Today the money from the company arrived. I blocked Juraj K. in my mail account. I know I have to stop this.